Don’t Fly By The Seat Of Your Pants, In A Plane Or In LIfe

I was listening to someone talk in church the other day, and she mentioned a time when they didn’t have the resources that they needed to accomplish a task, so she had to “fly by the seat of my pants” to get the job done.  That got me to thinking about the meaning of “flying by the seat of my pants.”  I flew helicopters for the U.S. Navy in another life, so I knew what the phrase meant, but I decided to look it up anyway.

A little research got me the answers I was looking for.  According to a website called “The Phrase Finder,”  to fly by the seat of your pants means to “Decide on a course of action as you go along, using your own intiiative and perceptions rather than a predetermined plan or mechanical aids.”

The phrase “fly by the seat of your pants,” is early aviation parlance.  In the early days of aviation, there were few navigational aids for pilots to use, and they had to use their own judgement and “dead reckoning” to reach their destination.  The phrase came about in the 1930s, and was first widely used in reports of a flight from the USA to Ireland in 1938.  The pilot on that flight was Douglas Corrigan, and many newspapers reporting on the flight wrote that Corrigan “flew by the seat of his pants.”

The plane Corrigan used for his flight was used but rebuilt, and was nicknamed “The Spirit of $69.90.”  Corrigan’s trans-Atlantic flight plan was rejected, perhaps because there were doubts about the airworthiness of The Spirit of $69.90, but Corrigan, undaunted, submitted a flight plan from Brooklyn to California.  Twenty-nine hours after he took off he landed in Dublin, Ireland.  He wouldn’t admit that he had ignored the rejection, but it was widely assumed that he had.

From then on, he was known as Wrong Way Corrigan.  There was even a movie made about his exploit, which he starred in himself, called The Flying Irishman.

Corrigan’s flight had a happy ending. Many times, when pilots “flew by the seat of their pants,” the ending was not so rosy.

Pilots Can Fly VFR or IFR

Most private pilots are certified to fly VFR, which means Visual Flight Rules.  The have to be able to see visual cues, like a horizon, that allow them to keep proper orientation with the ground.  Those who receive proper instrument training can fly IFR, or Instrument Flight Rules.  They can fly without a horizon, relying totally on instruments to keep them on course and flying properly.

If a VFR pilot encounters IFR conditions, things can go bad for that pilot in a hurry if he doesn’t find conditions where he can see a horizon.

The reason for this is because your body betrays you, and when it does, you let your “seat of the pants” flying spiral you into the ground.  How does this happen?  The culprit is your inner ear.

For example, if you encounter hazy conditions where you can’t see the horizon, you could easily gradually start to descend.  Your inner ear becomes conditioned to the descent while your mind thinks you are straight and level.

Now you notice that your instruments show you in a descent, so you pull back on the controls to reestablish straight and level.  Your inner ear, however, is now conditioned to the descent as “straight and level,” so when yiou pull up to get level, you feel like you are in a climb.  You feel the need to push the controls forward to get back to level, and you reenter your descent.  It “feels” right, even though it’s wrong.

IFR trained pilots learn to ignore the “seat of the pants” feeling and trust their instruments.  VFR pilots think that their instruments are wrong, and they fly into the ground, unless the find a horizon.  That fixes the disorientation immediately.

This crash is a classic example of spacial disorientation.  John F. Kennedy, Jr. was a VFR qualified pilot who was flying from Essex County Airport in New Jersey to Martha’s Vineyard Airport in Massachusetts on the evening of July 16, 1999.  Conditions were said to be VFR, but the horizon was obscured due to haze. 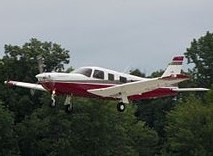 Kennedy departed Essex County at 8:39 p.m with his wife and his wife’s sister as passengers.  He was flying a Piper Saratoga II that he had purchased 3 months before.  He failed to arrive at his destination.  A search was initiated by the Coast Guard, and during the search several pieces of debris were found.  The wreckage was later discovered using side-scan sonar at a depth of 120 feet, scattered over a wide area.  The bodies were also recovered.

The NTSB investigation officially declared that Kennedy’s plane had crashed due to the probable cause of pilot error. “Kennedy’s failure to maintain control of the airplane during a descent over water at night, which was a result of spatial disorientation.”  Kennedy was not IFR qualified, and the conditions were listed as not legally IFR, but other pilots reported no visual horizon due to haze.

My Own Experience With Spatial Disorientation

My experience wasn’t fatal, because I was an IFR qualified pilot at the time, but I vividly remember the almost overwhelming desire to ignore what my instruments were telling me and “fly by the seat of my pants.” 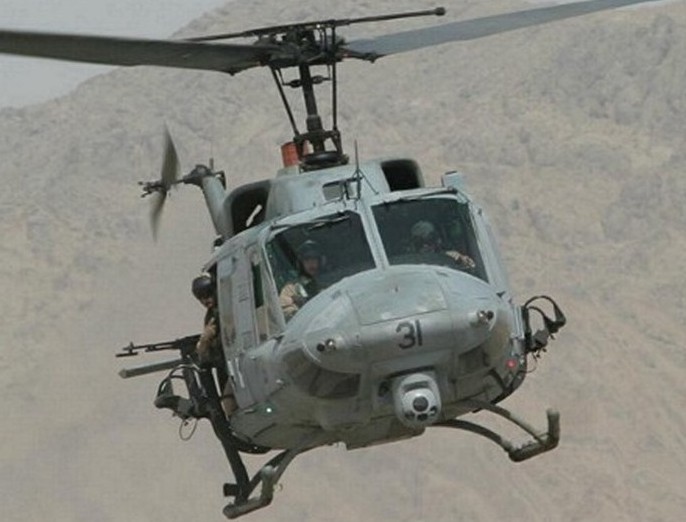 I was practicing instrument approaches in a Bell UH1N helicopter, or twin-engine Huey, that day.  I was flying a “check ride” with an instructor in the other seat, and I was “under the hood.”  Flying under the hood means that you have, by some mechanical means, blocked out any outside reference to the horizon.  A check ride is a test flight designed to renew or update qualifications.  Anyway, during my instrument approaches the problem was that the Huey, like just about all helicopters, had a chin bubble.  The chin bubble is a plexiglas window below your feet, put there so the pilots can see the ground below them while they are in a hover.

There was no way to block off the chin bubble.

So, as I was flying on instruments, the ground was passing under my feet and I could see it in my periphical vision.  The moving ground below me gave me the strong sensation that I was climbing instead of descending, and I had to force myself to ignore that sensation and concentrate on my instruments.  They were telling me the truth, and my “seat of the pants” sensation was lying to me.

I completed my approaches with no problems, but can still see the ground passing under my feet and remember the sensation I had of climbing when I was actually descending!

So, What’s The Point Of All This?

I was just thinking that the glamorous old flying days got a lot of people killed.  It applies to life too, going off without a plan and relying on “instinct” that could be just as easily wrong as it could be right.

What the smart people do is get themselves instrument rated on life, or on the career that they want to pursue.  That’s done by training.  Professionals are professionals because they are trained, and know what they are doing.

So my advice is, whatever course you are flying, make sure you invest in yourself by getting the training that you need to be on top.  Don’t spiral into the ground because you like to “wing it.”

I’m an affiliate marketer with an online business.  I get my instrument training from Wealthy Affiliate.

I enjoyed reading this Grant! It is so incredible how the brain will play tricks on us. I can not even fathom how you must have felt up there when that was happening. I guess that is why pilots have to be level headed…I for one would not believe the instruments. I love how you tie in “by the seat of the pants” as I love to learn where saying originate.

Hi, Colleen. Thanks for the comment and thanks for reading my post. Yes, in difficult situations you have to rely on your training to get you through.

Wow, what an incredible post. I love the lesson in the derivation of that phrase. I love the historical account. But I was kind of floored when you started talking about flying a helicopter yourself. That’s not an experience everyone can relate to. I was just on a place a couple days ago, peeking into the cockpit and marveling at all the little gauges and tools. It looks just as awesome in a helicopter.

What a great point to make with it all, though. If you put me in a pilot seat right now I’d literally be a wreck. Obviously you have to learn how to handle any situation you come up with at any point in life, or know enough to “fly by the seat of your pants” successfully. I look forward to hearing more from you.

Hi, Sunny. Thanks for your incredible comment.  It was nice to hear from you. I feel pretty lucky to have been a Navy Pilot for 10 years. Keep reading!

I think it’s important in life to have a sense of finance and plan for your future — whether that’s for kids college, your retirement, or just a nice long vacation.

Too many people live paycheck to paycheck spending money as soon as they get it — then by the end of the year or close to retirement age they have no money.

I think building a business can really help in this situation.

Hi, Michael. I appreciate your viewpoint and I agree with you. Thanks for leaving me a comment.

Thanks for this post. I loved it and I do agree that you are probably right that “flying by the seat of your pants” is one good way to get yourself killed.

I do have to say, though, that Wrong Way Corrigan may have been my (unacknowledged and often denied) role model for most of my life.

The lessons I’ve learned doing things the “wrong” way that invariably landed me in the soup have served me well….mostly ’cause I figured that if I survived this situation that my Stupid got me into, I wasn’t going to make that same error again.

It does seem, though, that errors are infinite. (Sigh!)