As part of my efforts here at OEFF (Online Education for Financial Freedom) I like to post internet business success stories about people who have either “made it” online or are achieving success toward their financial goals. This is my 7th post in the series.

This is Nathaniell. He’s been working toward building an online income since at least June 2010, when he first joined Wealthy Affiliate. In his bio at WA, he says that he was living in China at the time, and had the idea that he could build a good income online. The following screen shot explains his reasoning:

As a successful internet marketer, Nathaniell has often given advice and encouragement to people just starting out with an online business. His most recent post as of this writing, posted the same day, gives advice to new internet marketers on five mistakes that they should avoid in order to shave weeks off their progress.

For any of us, making mistakes stops, or at least slows, our progress, and we have to fix the mistake before we can get moving again. If we can learn what those mistakes are and how to avoid them, then we will succeed that much faster.

Nathaniell joined Wealthy Affiliate in June 2010, and has remained a member since then. Throughout the last 10 years he has built a very successful online business.

He earned his first sale within 3 months of starting out online, and was making regular sales after 6 months. By 18 months he was earning over $10,000 per month online. He’s been earning online and running his business full-time for the last 5 years.

Read his About Me page here.

When he first started out, Nathaniell made his share of mistakes along the way. He took online surveys, which he calls a “waste of time.” He joined a pyramid scheme. He mentions the time that he stayed up until 4 a.m. to watch an educational webinar that “turned out to be a total scam.” 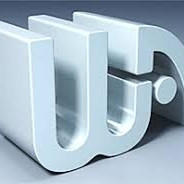 After stumbling around the internet for about 6 months, browsing different sites, joining mailing lists, watching hours of promotional videos, and listening to so-called “gurus,” he came across Wealthy Affiliate. The training he found there has allowed him to achieve the success he was looking for.

in a recent post, Nathaniell tells his readers what earning $1000 per day, every day, is like, and he declares that it’s a realistic goal that any hard-working internet marketer can achieve. Take a look at his post.

One of the perks offered by Wealthy Affiliate is the annual Las Vegas super-affiliate conference held for affiliates who have brought in at least 300 new premium members to the website during the previous calendar year. Nathaniell has been there for at least the last two years.

In 2019, after attending the conference, he reflected on how to reach success with your online business. In his WA post called “Action Taking VS Action Faking,” he explains how some of the things we do when we think we are taking action toward success are really action faking things. It’s a very helpful and informative article. Check it out here.

His post upon his return from the 2020 conference is also very good.

Of course it is. Why is it unusual? It’s because most people do one of two things that limits their success. They either:

Life is a distraction. It’s the same for all of us, and we have to prioritize our time. There are occasions when life’s needs take precedence over our businesses. The people who can handle life and still work and progress with their online business goals are unusual people.

The other problem is that we now live in a “want it now” society. Texting, Twitter, Facebook and other social media platforms condition us to more or less instant gratification. Our attention spans seem to be shorter. Because if this people tend to give up and quit much sooner than in the past. People who are willing to wait for success and who also are willing to put in the time and effort required to get there are unusual people too.

Again, are you unusual?

How Can I Join Wealthy Affiliate? 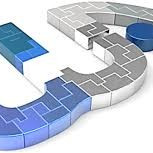 If you’re asking yourself that question, I’ll make it easy for you. Just tap on the link, and it will take you to the sign-up page. To make it even better, your signup is free! You won’t even be asked for credit card info so you can be charged at a later time.

WA doesn’t work like that. Your free signup does not come with an obligation to sign up later, and doesn’t automatically charge your credit card if you don’t cancel before a certain date.

All it takes to sign up is filling out the form, which basically just asks for your email address. There’s no risk involved.

Are you interested in starting an online business? Would you like to have an income source that pays you 24/7, whether you are working on your business or not?

You CAN become an internet marketing success, just like Nathaniell. Don’t you owe it to yourself to give it a try?

This post contains affiliate links. The FTC requires that I notify you that if you click on an affiliate link and end up purchasing a product, I will earn a commission.

I’d really like to hear from you, and what you’re goals are for earning an online income. My passion is helping people find the training and information that they need to succeed. The more I know what people are looking for, the better I can help them reach their goals. Drop me a comment and I’ll be sure to answer you.

Another Internet Business Success Story, This Time Eddy S. It’s no surprise to me that there are so many people who are making great money online. I’m not there yet, so I like to research successful people. It gives me motivation to keep at it myself. I like to try …

Would You Like To Become An Internet Business Success Story? I know I would. I’m working at it, but I’m not there yet. Believe me, though, when I tell you that someday I will be an internet success story myself. I’m working toward that financial freedom that most of us …

Jerry’s Background Jerry H., I won’t give his last name, not because I shouldn’t but because I don’t think it’s relevant and because I think he deserves some level of anonymity, even though he has a successful online presence, is from Taichung, Taiwan. He is currently living in Singapore. The …